Are you also trying to figure out how to make the most of the (too) short summer while being biodiversity respectful? Let me give you a few tips.

I’ll start with the story of the rich businessman and the poor fisherman? In it, the businessman berates the fisherman for not jumping through the hoops of becoming rich in order to continue doing exactly what the fisherman is already doing – enjoying life. Just recently, I encountered a personal version of the parable.

There is a small patch of former field on our back yard. Originally part of a bigger field surrounding our house, since the lot we live in was carved out from the wider area, the tiny plot has been forgotten.

Becoming more and more aware of the biodiversity crisis, I thought that as there is this “wasteland” on our backyard, surely, we could do at least something with it to support our local flora and fauna. So, we went to see a professional agrologist and first got a brochure of different seed mixtures. Turns out that if we used them on bigger lots, we could get some EU funding for supporting biodiversity. Promising! Surely throwing such on our patch would be a good thing!

We ended up with a mix of seeds designed to support game, consisting of diverse plants the deer can feed on all year round. Happy with our choice, we set out to head home, only to be stopped by the agrologist.

– So, you say the area had been untended for what, decades? We nodded.

– You do know that you cannot just sow the seeds and hope for the best, do you? We shook our heads.

We got a long and detailed lecture on how to first till the field, then sprinkle glyphosate, then plow it again to get rid of even the deeper roots of the weeds set in during the past decades. Only after a meticulous and tedious process of first killing everything unwanted, could we sow the chosen seeds.

Luckily, before we could get started, I happened to have a meeting with some of the biodiversity researchers of BIODIFUL. Happily narrating our intent to support biodiversity on our backyard, I explained what we had bought and been told.

– Glyphosate! My horrified colleagues exclaimed. – Whatever else you do, don’t touch that stuff!

Then I listed the types of seeds we were planning to sow. From the very polite discussion where the researchers tried to objectively see all sides and avoid too simple explanations I gathered that the bag of seeds was not necessarily only a good thing, containing a bunch of foreign plants as it did.

By this time, I was quite baffled. As it turned out, in terms of biodiversity, not doing anything to our plot would be better that jumping through the hoops necessary for making the most of the formally biodiversity friendly seed mix we had bought. Nature was the fisherman and I, the businessman.

The value add of labour?

Up until 2014, in Finland it was illegal to not tend one’s forest. Meaning that if you failed to periodically mow down everything, you could be fined. Being a responsible forest owner meant that you had to care more about the trees fit for lumber than the woods as an entity consisting of a diversity of living, dying and decaying things. The value of a forest emerged only through the hard work of humans.

In the 18th century, some rich French people started flaunting their wealth through bracketing off a piece of land, and instead of making it into something useful for producing shelter or sustenance, had the laborers transform it into a perfectly useless lawn. Like so many other status symbols, also this one came to be merrily adopted by the growing and aspiring middle classes. Having an own house equals having a surrounding lawn, and the more effort you give to maintaining it short, smooth and uniform, the better person you are.

What the businessman, the forest and lawn owners and me have in common is a trait responsible on the other hand for much of the material wellbeing we in our western societies have accumulated, and on another, for many of crises we’re now facing. The trait is called hard work, industriousness, diligence, work ethics – the virtue opposite of the vice of laziness.

In essence, we tend to believe that in order to be something, we need to do something. We’re not human beings, but humans doing.

The virtue of laziness

Obviously, hard work has its benefits not only in terms of material achievements, but also in terms of personal satisfaction. We enjoy finishing something, learning something, advancing in something. We want to push ourselves to feel accomplishment, to earn what we have. However, the problems begin when we don’t know when to take a break, rest, stop altogether.

Humans, machines, ecosystems – they all break down if continuously pushed for more productivity and efficiency. Especially when there is no imminent need for “more”, keeping the wheels turning just because we’re used to them continuously rolling, is wasteful, destructive – and downright stupid. Be it a human, a machine, an ecosystem, they all need time and freedom to rest and recover.

If you’re in Finland this week, you’re probably immersed in trying to “finish” everything before the Scandinavian Ramadan (as a friend of mine dubbed the Finnish summer holiday season) starts. Maybe you’re also compiling the list of what to do during your summer break to make most of it. If you’re the type to worry, you’re simultaneously probably also thinking about how to react, what to do to all the ongoing environmental, social and economic crises – how can you just take a holiday when there is a war in Europe!

Here’s the good news: doing nothing is the best you can do.

On the personal front, don’t read the books you’ve set out to finish this summer – not even REST. Don’t visit family members, don’t take the kids to the zoo/museum/amusement park. Don’t wash the windows, don’t mow the lawn – let the spiders nest and ants feed themselves. Throw away the list of to-dos at the summer cottage. Don’t cook: it’s okay to live on strawberries, peas and ice cream for the summer. There’s nothing you need from the midsummer sales. If the sun is too hot, you can just take a nap of the sofa. Don’t swim, if the water is too cold and the beach too far.

Only when you’re done with doing nothing, may you start with doing something. But like the fisherman, do only what truly makes you and your loved ones happy. If the kids don’t want to go out, let them get bored at home and go take another nap. Getting bored is good for the kids’ creativity and sibling fights teach interpersonal skills. Waste the summer by binge watching movies and series. Let your brains melt when playing games on your mobile phone. Take a walk, but don’t think of it as exercise.

If you do nothing the whole summer, the odds are that you are feeling better come fall. In addition, you’ve done a favor to biodiversity.

Yes, there are things we actually need to do to solve the environmental problems. However, there are a lot of benefits to also not doing things. This summer, let’s do nothing for the nature! 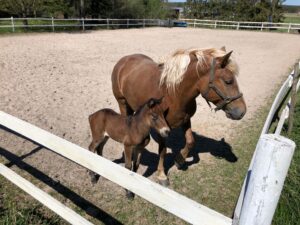 Last Sunday, on the 22nd of May, we celebrated the 21st UN biodiversity 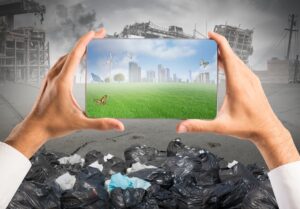 Not (just) facts but better fiction

It’s a common misunderstanding that in research, there is room only 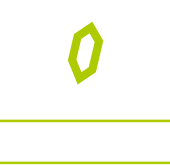 Hallinnoi evästeiden suostumusta
To provide the best experiences, we use technologies like cookies to store and/or access device information. Consenting to these technologies will allow us to process data such as browsing behavior or unique IDs on this site. Not consenting or withdrawing consent, may adversely affect certain features and functions.
Manage options Manage services Manage vendors Read more about these purposes
Preferences
{title} {title} {title}